Sludge produces investigative journalism on lobbying and money in politics. The American Prospect is re-publishing this article. Each year, thousands of patients at medical facilities that serve the poor are given free or discounted medications through an obscure federal program that pharmaceutical companies are required to participate in as a condition of having […]

Sludge produces investigative journalism on lobbying and money in politics. The American Prospect is re-publishing this article.

Each year, thousands of patients at medical facilities that serve the poor are given free or discounted medications through an obscure federal program that pharmaceutical companies are required to participate in as a condition of having their drugs covered by Medicare. Passed by Congress in 1992, the program, known as 340B, has come under attack from the pharmaceutical industry for being too generous to the patients, medical facilities, and pharmacies that benefit from it.

Companies including Eli Lilly, AstraZeneca, and Sanofi scaled back their participation in the program last year by halting drug sales to 340B-eligible hospitals and medical facilities that contract with third-party pharmacies at discounted rates as required by the 1992 law. More drug companies have since decided to stop participating, including Novo Nordisk and Novartis.

The companies argue that some contracting pharmacies are charging too much for the drugs, which they receive at a discount, and then pocketing the savings or splitting the profit with the medical facilities that refer patients to them. Approximately one-third of the hospitals that participate in the 340B program contract with pharmacies to distribute the drugs, according to a 2018 study from the Government Accountability Office.

Medical facilities are eligible for the 340B program if they are nonprofits and serve a disproportionately high share of low-income, Medicaid-eligible patients, or if they fit other criteria like being rural health centers, children’s hospitals, or freestanding cancer hospitals. Many participating facilities say the program saves them tens of millions of dollars each year, which they use to provide additional charity care and other free community health services. For example, Cedars-Sinai Medical Center, a California-based Medicare Disproportionate Share Hospital, told Congress in a letter that it saved $55 million under the program in 2016 while providing charity care to more than 126,000 patients. Baltimore-based Johns Hopkins Hospital estimated its saving from the program that year at more than $109 million.

“The 340B program supports care for millions of Americans who couldn’t otherwise afford it,” said Maureen Testoni, the president and CEO of 340B Health, a coalition of hospitals that participate in the program. “This includes people living in rural communities, where the nearest hospital is often many miles away, and low-income families struggling to make ends meet. That is why it enjoys such broad, bipartisan support in Congress. Reductions to the scope of 340B would harm patient care.”

According to data from Drug Channels Institute, discount drug sales under 340B totaled $29.9 billion in 2019. The total amount of reduced profit due to the discounts is less than 2% of the industry’s annual revenue, according to an analysis by the American Hospital Association, which opposes efforts to scale back the program.

In September 2020, nearly 250 members of the House of Representatives added their names to a bipartisan letter from Rep. David McKinley (R-W.V.) that asked former Department of Health and Human Services Secretary Alex Azar to take action against the drug companies that had stopped participating in the program. The letter said that allowing the drug companies to back out of the federally required program without consequences would set “a dangerous precedent” for other drug companies to follow. “A failure to act will serve as an invitation to other manufacturers to follow suit, leading to a wholesale increase in prescription drug costs for our safety-net providers during a public health emergency,” the letter states.

Your donation keeps this site free and open for all to read. Give what you can…

Before that letter was sent, the drug industry got lobbying support from a surprising source. Conservative anti–government spending waste group Council for Citizens Against Government Waste (CCAGW) sent House lawmakers a counter-letter, urging them not to add their names to the McKinley letter.

“It is our understanding you have been asked to sign a letter intended for Health and Human Services Secretary Alex Azar regarding actions several pharmaceutical companies have taken to restrict sales to certain entities that serve 340B patients,” CCAGW wrote. “CCAGW asks that you focus on reforming the 340B program instead of signing a letter that will not solve longstanding problems.”

The 340B program does not cost the government or taxpayers anything, so it’s not clear how CCAGW’s work on it fits with its mission of eliminating waste. Sludge asked CCAGW about its work on this issue, but did not receive a response.

One possibility is that the group is helping its big drug industry donor advance its agenda by lending it an appearance of conservative grassroots support.

Many participating facilities say the program saves them tens of millions of dollars each year, which they use to provide additional charity care and other free community health services.

Citizens Against Government Waste, a 501(c)(3) affiliate of CCAGW, has received $265,000 from the Pharmaceutical Research and Manufacturers of America (PhRMA) since 2014, according to the drug industry lobbying group’s annual 990 tax filings. PhRMA represents all of the drug companies that have recently scaled back their participation in the program and it has reported lobbying the government on the program consistently quarter after quarter since 2009.

CCAGW’s lobbying is extremely valuable for the drug industry. While PhRMA’s argument boils down to not wanting its member companies to have to sell so many drugs at discounted prices, CCAGW is seen by policymakers as independent and motivated by its conservative principles. Republican members of Congress are much more likely to want to be publicly aligned with CCAGW than with PhRMA, which represents the most hated industry in America.

Citizens Against Government Waste first began expressing concerns with the 340B program in 2014, the same year it began receiving contributions from PhRMA after a three-year break. Its PhRMA contributions have steadily increased every year since, starting at $15,000 in 2014 and going up to the $75,000 it received in 2019, the most recent year for which tax information is available.

In October 2020, CCAGW led a coalition of conservative leaders in sending a letter to Congress in support of limiting eligibility for the 340B program. Individuals signing the letter include Americans for Tax Reform President Grover Norquist and Americans for Prosperity Chief Government Affairs Officer Brent Wm. Gardner. CAGW also posts about 340B on its Facebook page, which is “liked” by more than 69,000 people.

CCAGW is a member of Alliance for Integrity and Reform of 340B, a coalition of drug companies, medical professional associations, and industry lobbying groups. PhRMA is also a member. The alliance also includes a group called the Alliance for Patient Access, which claims to be pro-consumer but consistently advocates against policies to lower drug prices. Its donors include PhRMA ($1.4 million in 2016) and several of the drug companies that stopped participating in the 340B program, including AstraZeneca, Sanofi, and Novo Nordisk.

Your donation keeps this site free and open for all to read. Give what you can…

The pharmaceutical industry has long had concerns with the 340B program, but its biggest issue with it began in 2010, when the Health Resources and Services Administration ruled that eligible hospitals and health centers could contract with outside pharmacies for 340B-drug distribution. This change, PhRMA argues, has led to some hospitals and pharmacies pocketing more money from the program rather than providing more benefits to patients in need.

PhRMA says the program should be reformed in several ways, including rolling back the 2010 decision on contract pharmacies and using more restrictive guidelines for patient and health care facility eligibility.

An advisory opinion published by HHS in December 2020 concluded that drug companies that want to be covered by Medicare are obligated to sell drugs at 340B discount rates to pharmacies that are acting as agents of eligible medical facilities. Eli Lilly, Sanofi, and AstraZeneca have since filed lawsuits seeking relief from the advisory opinion.

Earlier this month, CCAGW sent another letter to the House of Representatives on 340B, this time countering a sign-on letter from McKinley and Rep. Abigail Spanberger (D-Va.) that will call on Health and Human Services Secretary-designate Xavier Becerra and Acting Secretary Norris Cochran to take action against drug companies that have stopped selling discounted 340B drugs. CCAGW’s counter-letter says that HHS’s advisory opinion does not carry the force of law and urges representatives not to sign the McKinley-Spanberger letter, but rather to support legislation allowing drug companies to deny 340B sales to facilities that contract with pharmacies.

Besides its PhRMA support, CAGW takes funding from several other industry groups while giving their lobbying a sheen of conservative grassroots support. For example, cable industry trade association NCTA has been an annual donor to CAGW as it lobbies against strong Title II net neutrality protections. And the American Gaming Association donates to CAGW while it lobbies for states to legalize sports betting. In 2006, a Senate report found that CAGW was one of five conservative nonprofits that worked with disgraced former lobbyist Jack Abramoff to funnel donations from his clients in exchange for publishing op-eds and press releases that support their lobbying positions. 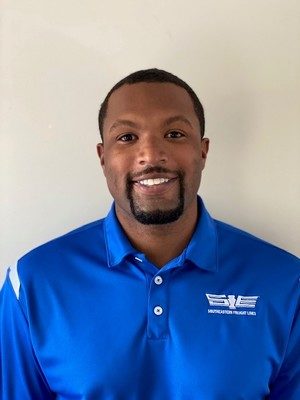